I’m a documentary filmmaker and multimedia journalist based in Mexico. I roam around Latin America working on documentary and current affairs productions. I am also available for work on branded content and multimedia projects for non-profits and corporate clients (such as Amnesty International, Mastercard, the IWMF, Safran, Direct Relief, and WOLA).

You’ll usually find me directing, filming and producing videos for clients such as HBO, the Washington Post, the LA Times, the BBC, Teen Vogue, Al Jazeera English,  AJ+,  the Financial Times, and Businessweek. Whether I have two or 90 minutes to work with, I always seek ways to bring humanity and cinematic flare to my films.

While I spend a lot of my time behind the camera, I also do reporting/hosting for several media outlets (such as the BBC, ITV, France 24, AJ+, Fusion, and the FT). My reporting work has included traditional and social media lives.

My experience ranges from producing a rare interview with Nicaragua’s President Daniel Ortega, making a short film about Mexico City’s 2017 earthquake, covering many dramatic elections in Latin America, seeing the impact of Zika unfold in El Salvador, and producing live television reports from the depths of the Brazilian Amazon. 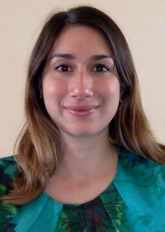 I’m particularly interested in stories about refugees and immigration in the Americas. I co-produced a feature-length documentary exploring the effects of separation on a family divided between the US and Honduras (Colossus). I presented The Waitlist, my short exploring the impact of ‘waitlists’ blocking asylum seekers at the U.S.-Mexico border, at U.S. Congressional and Senate briefings in 2019.

Before moving to  Mexico, I was based in Guatemala where I focused on producing content for a reproductive health NGO. During that time, I co-produced a documentary about maternal health in Guatemala, ‘Blessed Fruit of the Womb’, which was an official selection for the United Nations Association Film Festival.

In 2017 I received a grant from the Malala Fund coordinated by the Fuller Project For International Reporting to produce a multimedia project including a short film about child marriage in Mexico. This was ultimately featured in Teen Vogue and Malala presented it as part of a presentation at the UN General Assembly.

I am Colombian and British, and after living in various countries before settling in Mexico, I am fluent in Spanish, English, and Portuguese. I have hostile environment training through 1st Option Safety (carried out with the BBC). 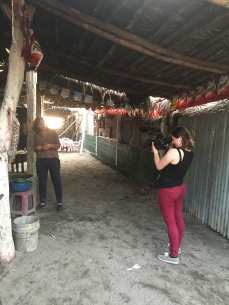 Filming with the BBC in El Salvador